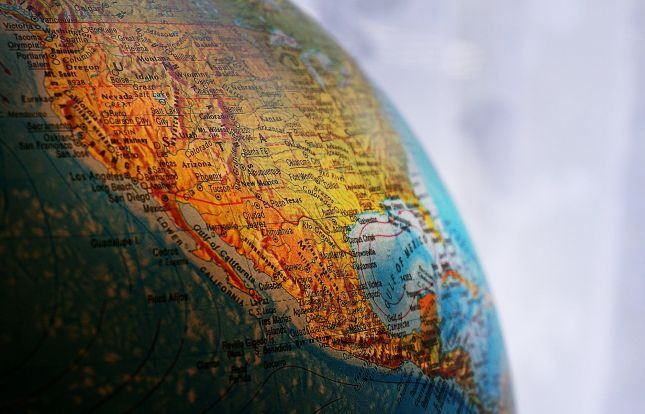 The Economic Climate Index (ECI) in Latin America by the Getulio Vargas Foundation (FGV)1 advanced in the third quarter of 2020, cruising from 59,92 up to 43,2 negative points. The index is still in the unfavorable zone of the economic cycle, however, if compared to that of the second quarter, registered a gain of 16,7 points.

The ECI is a geometric average between the Present Situation Index (PSI) and the Expectations Index (EI). The PSI dropped between the second and the third quarters of 2020, from 89,6 down to 98,0 negative points. The EI transited from 22,3 negative points up to 41,1 positive points. The improvement in the economic climate is explained, thus, by the reversion in the expectations that went from pessimistic to optimistic, while the present situation assessment worsened. It can be highlighted that the difference between the EI and the PSI, of 139,1 points, is the biggest of this historic series. The crisis would have at its worst moment, but from now on the economy in the region would start a recovery phase.

In this edition, The Latin American Survey included a special poll which helps to explain these results (see Attachment Table A1). The main question was: “Besides COVID-19 pandemic and the social distancing protocols, what factors most influenced your revision for the GDP growth?” (being possible up to three answers). This question originated in another poll where, except for Ecuador, all the specialists considered that the GDP growth prediction for 2020 conducted in the third quarter was worse than the one run in the end of 2019 (see Attachment Table 2).

In table A1, indexes over 50 points show that the selected factor influences on and grows proportionally to the level that such factor is considered relevant. Indexes under 50 show little influence from the analyzed factor. The only item with results over 50 points was slow and insufficient government response to the health/sanitary crisis, which is associated with the current situation. Slow and insufficient government response to the economic crisis displayed a 45,4 points index, close to 50 and it reveals that the specialists consider that the economic measures had an impact relatively smaller than the health/ sanitary crisis. Political Instability was a factor that contributes to a scenario of favorable expectations. Equal observation may be applied to the elevated uncertainty about the future, however this latter is comparatively more relevant than political instability.

The combination of the present situation worsening and the expectations expressively bettering suggests that the negative effects of the pandemic on the economy would be gradually losing strength.

Except for Mexico, the ECI increased in all the countries selected for the analysis, though all follow in the unfavorable zone, with a percentage of negative answers above that of the positive ones. It may be highlighted that in Mexico’s case, the fall was little expressive, of only 2,5 pints. In the case of other countries, the biggest advances in ECI in the comparison between the second and the third quarters of 2020 were in Argentina (a high of 39,7 points), followed by Brazil (28,9 points) and that of Paraguay (28,5 points). With these results, the biggest ECI ended up being that of Argentina (27,5 negative points). The beginning of the renegotiation of the country’s debt and the relatively favorable performance in fighting the pandemic may have influenced the economic scenario in the country.

The present situation indexes worsened and continued on the negative in all the countries, except for Uruguay, a country where the PSI is still very unfavorable on 88.9 negative points. The biggest difference in the comparison of the second and the third quarters was seen in Paraguay, where the PSI transitioned from 80 to 100 negative points. Other countries where specialists unanimously considered the present situation unfavorable were: Brazil; Chile; Ecuador; and Mexico. In the specialists’ perception, therefore, the current economic situation has worsened between the second and the third quarters of the year.

The consulted experts point out that the current situation is unfavorable for all the countries selected for the analysis. Though, they consider that in a sixth-month horizon, the scenario will be favorable. The difference in the assessment of EI and PSI is over 100 points in all the countries except for Mexico.

Brazil displays the biggest difference (182,4 points) followed by Argentina (163,6 points). This accentuated difference suggests that the experts wait for a recovery of the economies until the end of the year.

The table A1 in the attachment shows results of the influence of the factors on the worsening of GDP growth by country. Bolivia, Brazil and Ecuador governments’ response in relation to the health/sanitary crisis had a bigger effect on worsening the prediction of GDP growth rather than the responses in relation to the economic crisis. Except for Argentina, Bolivia and Mexico, specialists consider that the unfavorable economic climate in the countries before the pandemic was not the factor of most influence. Political instability was pointed out as relevant for Bolivia and Brazil, whereas elevated uncertainty in relation to the future was highlighted as an issue for Chile, Colombia and Peru.

In the case of Brazil, hence, unfavorable responses in relation to the health/sanitary crisis and the political instability hinder the growth of GDP in 2020. In relation to other large economies in the region, some points might be highlighted: In Mexico, the economic climate was already unfavorable before the pandemic and the answers to the health /sanitary and economic crises had a negative effect on the GDP growth. In Argentina, the unfavorable economic climate and the insufficient answers to deal with the economic crisis are the most relevant factors.

In a nutshell, the poll shows a relative diversity in the weight attributed to each questionnaire item, but the response to the health/sanitary and/or to the economic crises lead among the factors that most contributed, in average, to the economic retraction of the countries.

Considering the Average ECI of the latest four quarters, all the Latin countries selected had a fall on the index, being Bolivia the country with the biggest loss (13,2 points) and Uruguay with the smallest variation (0,1 point). In the third quarter Paraguay, followed by Colombia and Uruguay, presented the least unfavorable ECI results.

Protectionism in the post-pandemic international commerce

Responding to the pandemic, many countries adopted protectionist measures related to equipment and the resources used in the fight against the COVID-19. In addition, the crisis brought to the surface a debate about vulnerability in strategic sectors which operate in the dependency of a reduced number of foreign suppliers. As in agriculture, a sector considered strategic in association with the topic of eating safety, countries could start adopting protectionist measures in order to incentivize domestic production of medical sector associated products and others that may be considered vulnerable as well.

The survey asked whether the specialists considered that the current protectionist trend would be maintained after the COVID-19 crisis. In Latin America, more than half of the specialists (59,8%) partially agree that the protectionism should continue post-pandemic whereas 25,5% fully agree on that. In contrast, only 3,1% partially or fully disagree. Brazil keeps the same behavior, with 25% of the specialists answering that they fully agree and 56,3% saying that partially agree on the protectionist bias in the international market. In Latin America as a whole, thus, the international market expected scenario is that of an increase in protectionism. In Table 2, the percentages refer to the answer’s distribution and, then, sum up 100.