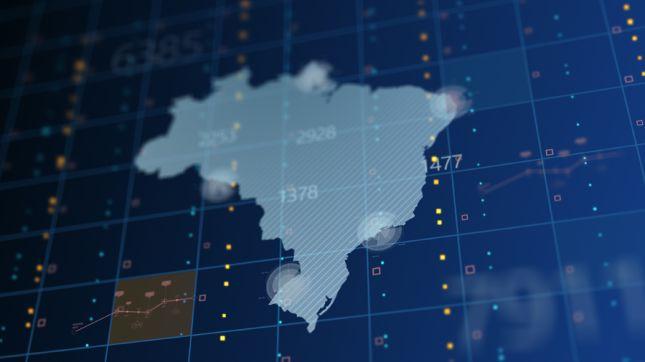 The lack of confidence in the government´s economic policy is the main problem faced by  Latin American countries at the moment according to 67.4% of the experts consulted by the Latin America Economic Survey. It is followed by political instability (36.9%) and corruption (25.2%). In this scenario, uncertainties regarding recovery in the region’s economic growth have affected expectations due to the lack of confidence in economic policy guidelines. In addition, structural problems such as lack of innovation, inadequate infrastructure, and increased income inequality are highlighted as relevant issues for the countries’ economic growth.

The 4th quarter 2021 (2021Q4)  result  interrupts the recovery that had been observed since the second quarter of 2020. The Economic Climate Index (ECI) for Latin America, which had entered the favorable zone for the economic climate (101.4 points) in the 3rd quarter Survey, decreased 20.8 points in the 4th quarter.

The economic climate of Latin America has worsened and entered the adverse zone, driven by the worsening in expectations, which have approximated to the limit between favorable and adverse evaluations. The ECI is the geometric mean between the Present Situation Index (PSI) and the Expectations Index (EI). The PSI recorded a slight fall of 1.1 points, from 59.1 to 58.0 points and remains in the adverse zone. What influenced this quarter’s fall was the result of the EI, which plummeted 45.5 points from 150.6 points in the 3rd quarter to 105.1 points in the 4th quarter.

It is noteworthy that this is the second largest fall between two consecutive Surveys since the historical series began in January 1989. Previously, the largest fall of 58.8 points occurred between the 1st and 2nd quarters of 2020, associated with the pessimistic expectations and uncertainties surrounding the COVID-19 pandemic. In this last quarter of 2021, despite the pandemic issue continuing to cause uncertainties and with distinct immunization results between countries in the region, it cannot be highlighted as the main reason for the reversal in expectations. This issue will be analyzed in the section on the main problems that the countries are facing in relation to economic growth.

Table 1 in the Press Release summarizes the Economic Climate results for the largest economies in the region monitored by FGV IBRE.

In Table 1, the countries are ordered according to the size of the variation in the number of points for Economic Climate between the 3rd and 4th quarters of 2021. In the 3rd quarter, all the countries recorded an improvement in the ECI in relation to the previous quarter, and Brazil led the list for the highest variation in ECI, as reported in the last Survey. Now, when comparing the third and fourth quarters, Brazil had the highest fall in the ECI, with 55.1 points, followed by falls recorded in Argentina, Chile, Peru, and Mexico.

For this group of countries, the decreases observed in the ECI coincide with drops in the expectations and in the evaluation of the present situation. Chile is the exception in regard to the PSI result, which actually improved. Brazil led the deterioration in expectations with a fall of 104.2 points, as the EI went from 176.9 points to 72.7 points. The magnitude of the reversal in expectations led the country to the adverse zone for economic climate. However, regarding the current situation, the decreases were lower for the countries with a drop in the ECI; in the case of Brazil, it was 14.7 points.

Of the 10 countries analyzed, 5 improved in their evaluation of the economic climate, these being Ecuador, Uruguay, Colombia, Bolivia, and Paraguay. These five countries all present an ECI in the favorable zone, except Bolivia. The improvement in the ECI is explained in all the countries by gains in the Present Situation Index, which achieved variations of over 40 points in all the countries in this group. On the other hand, they all recorded a worsening in expectations, except Colombia.

The 4th quarter analyzed by the Survey indicators indicates the possibility of a worsening in the economic climate for Latin America for the next six months, albeit with distinct intensities among the countries. The worst ECI and PSI are those of Argentina and the lowest EI is that of Chile. However, Brazil`s leadership of the fall in expectations suggests an unpromising outlook for the country’s economy.

The deceleration for 2022 is expected considering the base of comparison of 2021, a recession year in all the countries as a result of the pandemic. In the opinion of the specialists, Brazil records the lowest growth in 2022, which is compatible with the scenario of unfavorable expectations of the Survey.

Main problems in selected countries
Table 2 in the Press Release shows the weight specialists give to the list of issues presented as obstacles to the countries’ economic growth. Scores vary from 0 to 100. Scores above 50 points indicate that the issue is relevant, and the larger the number of points, the more relevant the issue. For scores below 50 points, the theme is not relevant and the lower the score, the less relevant the issue.

The table is ordered according to the importance of the problems for the studied set of Latin American countries — lack of innovation, lack of confidence in economic policy, increase in income inequalities, inadequate infrastructure, and corruption being the issues that received the highest scores. Lack of innovation received 100 points in Colombia, Mexico, and Peru. This means that all the specialists consulted in these countries consider this issue relevant to the economic growth of their respective countries. In all the other countries, the score was above 50 points.

There is a consensus on the issue of lack of confidence in economic policy in Argentina, Mexico, and Peru. The theme is only not relevant in Ecuador and Uruguay and is borderline in Paraguay. The increase in income inequalities is a consensus in Uruguay and is only not relevant in Bolivia. Inadequate infrastructure is a consensus in Peru and the lowest score is in Chile, with 50 points, which indicates that it is a relevant problem for all the countries in the region. Corruption is a consensus in Ecuador and Peru and has a score above 50 points in all the other countries. The exception is Uruguay, where it is unanimous that this is not a problem for the country.

What are the results for Brazil? The problems with a score above 90 points, all of which coincidentally have a score of 91.7 points, are lack of confidence in economic policy, increase in income inequalities, inadequate infrastructure, and supply of inputs and/or raw materials, in addition to lack of qualified labor (90.9 points).

In the evaluation of the importance of the COVID-19 pandemic, the issue is relevant for all the countries, except Chile; in descending order: Mexico; Bolivia; Ecuador, Paraguay and Uruguay; Peru; Uruguay; Argentina; Brazil (66,7 points); Colombia; and Chile (41,7 points). On the issue of whether the application of the COVID-19 vaccine is slower than expected, it was highlighted as relevant for Argentina, Bolivia, and Mexico, but with scores between 52.9 and 69.2 points.

The Survey results show an outlook that reflects the unfavorable expectations in almost all the countries. No confidence in the economic policy of the government and political instability as the main problems are factors that complicate the perspective of a favorable scenario for economic growth.