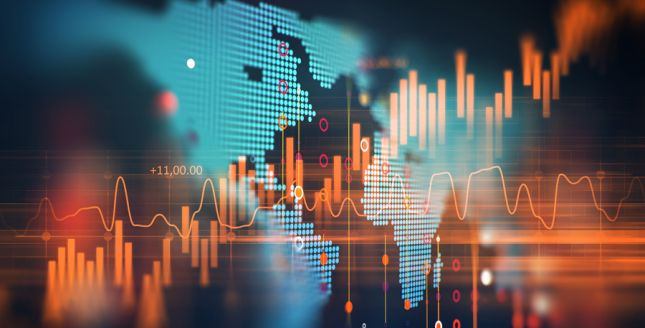 The fall in the Global Economic Barometers in August indicates a slowdown in world economic growth rates for the second half of 2021. Despite their decline, the indicators remain at a high level consistent with the continuation of the current recovery phase in global economic activity.

The Coincident Global Barometer decreases by 10.1 points in August to 118.1 points. The Leading Global Barometer falls 11.3 points, to 112.7 points. All investigated regions developed negatively in August, with more severe losses in the Asia, Pacific and Africa region for both indicators.

“The relaxation of restrictions on mobility enabled by the advance in immunization in most countries has been providing continuity to the recovery in the level of activity. However, the recovery has slowed down at the beginning of the year’s second semester due to concerns over new variants of the virus. In addition, the restriction on the availability of industry supplies, observed in all regions, puts pressure on the cost of production, which, in turn, raises concerns in relation to the evolution of monetary policy in both central and emerging countries”, evaluates Paulo Picchetti, researcher of FGV IBRE.

Coincident Barometer – regions and sectors
The Asia, Pacific and Africa region provides the strongest contribution to the fall in the Coincident Global Barometer, with 6.3 points, followed by the Western Hemisphere, with 2.0 points, and Europe, with 1.8 points. The result mostly reflects the inherent deceleration of year-on-year growth rates in world GDP as the economy moves away from the base period of the second quarter of 2020. All regions continue to record indicators above the historical level of 100 points, indicating a favourable economic situation. The graph in the press release illustrates the contribution of each region to the deviation of the Coincident Barometer from 100 points.

All five of the studied sectors contribute negatively to the development of the Coincident Barometer in August. The indicators that measure the aggregated development of economies (Economy) and Industry make the strongest contributions to the fall this month, despite remaining at high levels. The indicator for the Services sector decreases markedly for the second consecutive month but continues to record the highest level among the sectors. It is possible that the difficulty controlling new coronavirus variants is hampering a sustainable return in this sector.
Coincident Global Barometers - Sectors

Leading Barometer – regions and sectors
The Leading Global Barometer leads the world economic growth rate cycle by three to six months on average. The leading indicators of the three regions contribute negatively to the development of the Leading Barometer in August. The Asia, Pacific and Africa region contribute 7.8 points to the fall, the Western Hemisphere 1.9 points, and Europe 1.6 points. The slowing of the exceptionally strong pace of expansion is therefore likely to continue in the months ahead.

All leading sectoral indicators fall in August, with Industry standing out, being the sector that had dominated recovery of the world economy up to the beginning of 2021. Despite the decreases, the Services, Construction, and Trade sectors continue to record levels that reflect short-term optimism.