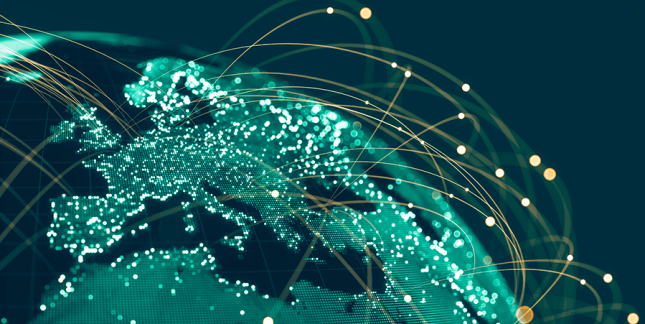 The Global Barometers fall for the second consecutive month, reflecting negative factors such as the war between Russia and Ukraine, the COVID-19 responses in China and the worldwide very high inflation. The Coincident Barometer remains below the historical mean of 100 points, while the Leading Barometer drops further from the mean, reflecting the increased risk of a more pronounced slowdown in several countries.

The Coincident Global Economic Barometer falls 5.5 points in May to 93.3 points, the lowest level since October of last year (90.7 pts), while the Leading Global Economic Barometer decreases 1.9 points, to 84.2 points, the lowest level since July 2020 (72.9 pts). This month’s results are influenced mainly by the Asia, Pacific, and Africa region followed by the Western Hemisphere.

“At the beginning of 2022, there was an expectation of a slowdown in the prices of inputs, even with the resumption of economic activity. This expectation has been frustrated in recent months in the context of new challenges in the supply chain, dispelling the perception of transitory inflationary shocks. In addition, the monetary policy reactions of the main economies around the world signal a slowdown in the level of activities, negatively impacting the global barometers.”, evaluates Paulo Picchetti, researcher of FGV IBRE.

In May, the three regional coincident indicators decrease. The Asia, Pacific, and Africa region negatively contributes 2.9 points (53%) to the fall in the Coincident Global Barometer. The indicators for Europe and the Western Hemisphere contribute 1.8 and 0.8 points (33% and 15%) respectively to this decline. The second consecutive drop in all three regional indicators confirms the increased scepticism regarding world economic growth in the face of the responses to pandemic developments in China, the Russia-Ukraine war, and the high levels of inflation in various countries around the world. The graph below illustrates the contribution of each region to the deviation of the Coincident Barometer from the historical mean of 100 points.

All coincident sector indicators clearly decrease this month. The largest falls come from Construction and the general state of the Economy (aggregated business and consumer evaluations), followed by Industry, Services and Trade. With this result, all five sector indicators are now below their historical mean of 100 points.

The Leading Global Barometer leads the world economic growth rate cycle by three to six months on average. In May, the Asia, Pacific, and Africa region and the Western Hemisphere contribute negatively to the result of the global indicator, with -3.2 and -1.9 points, respectively, while Europe moves in the opposite direction with a positive contribution of 3.2 points. The result suggests that growth expectations for the coming months have been strongly revised in the first two regions, due to the COVID-19 responses in China and possibly because of the more restrictive monetary policy in the United States to contain the advance of inflation. The regional indicator for Europe recovers half of its losses in the previous month due to the outbreak of the war between Russia and Ukraine.

In May 2022, there is a fall in three of the five Leading indicator sectors. The largest fall comes from the indicator for the general state of the Economy (aggregated business and consumer evaluations), followed by Services and Industry. In the opposite direction, Construction rises more than 6 points and Trade shows a slight increase for the month. The result suggests that global worsening of inflation is cause for concern among consumers and business, in addition to the existing problems in industrial supply chains in various countries, which are being extended by the conflict in Europe and the reactions to pandemic developments in China.