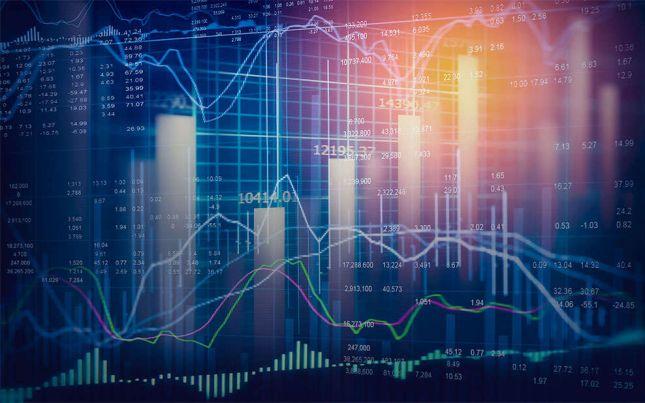 The Coincident and Leading Global Economic Barometers move in opposite directions in October. The Coincident Barometer maintains a rising tendency, albeit at a clearly slower pace than in the previous months. Despite its decline, the Leading Barometer continues to show a recovery in global GDP. The slowdown, respectively decline in the indicators suggest that after a first strong rebound, the pace of recovery is to weaken.

The Coincident Global Barometer records a slight increase of 0.8 points in October, rising from 84.9 to 85.7 points. The Leading Global Barometer, meanwhile, falls by 6.5 points this month, from 115.2 to 108.7 points. This indicates a weakening of optimism after the rise of more than 70 points in the previous four months. The slower rise in the Coincident Barometer is caused by a negative contribution from the Asia, Pacific and Africa region, while positive contributions come from Europe and the Western Hemisphere. The Leading Barometer decreases in all three investigated regions, while the strongest contribution to the aggregate result comes from Asia, Pacific and Africa.

“While some countries continue to see high levels of contagion during the pandemic, others have begun experiencing a new wave of cases. The resulting restoration of social distancing measures could particularly affect the trade and services sectors. These factors limit a more robust recovery of the level of activities across the regions and sectors and are responsible for the deceleration of the coincident barometer and the decrease in the leading barometer in October. The performance of the leading barometer further reflects the uncertainties in relation to the viability adopting new stimulus packages in various countries”, evaluates Paulo Picchetti, researcher of FGV IBRE.

After its rise from June to September, the Coincident Barometer for the Asia, Pacific and Africa region declines in October, contributing negatively to the Global indicator with -1.5 points. Europe and the Western Hemisphere regions (North America, Latin America and the Caribbean) both contribute positively, with 1.0 and 1.3 points, respectively. The Western Hemisphere continues to be the only region to return to the pre-pandemic level of February 2020, which it achieved in September. Europe has almost reached the pre-pandemic level in October, while the Asia, Pacific and Africa region remains 14.6 points below this reference. The graph below illustrates the contribution of each region to the deviation of the Coincident Barometer from the historical average of 100 points.
Regional Contributions to the Coincident Global Economic Barometer

The highest contribution to the increase in the Coincident Global Barometer in October comes from the set of variables reflecting the aggregated development of economies (Overall Economic Development), followed by Construction, which contributes modestly, and Industry, which remains constant. Variables from the Trade and Services sectors contribute negatively to the result.

The Leading Global Barometer leads the world economic growth rate cycle by three to six months on average. In October, the highest negative influence stems from the Asia, Pacific and Africa region, contributing -4.5 points (or 68%) to the Global indicator. After the indicators of the region recovered from the worst losses of the pandemic in August and September, they now return to a lower level than before the pandemic. Europe also contributes negatively to the fall with -1.2 points, although it remains highly optimistic, recording 140 points. The Western Hemisphere indicator shows a revision of underlying expectations as well and contributes negatively to the Leading Barometer with -0.9 points.

After contributing positively in the previous four months, Industry contributes negatively by -5.6 points in October. As in the Coincident Barometer, Trade and Services contribute negatively to the result. This month, only the set of variables reflecting the aggregated development of economies (Overall Economic Development) and Construction contribute positively to the result of the general indicator, albeit to a small extent.